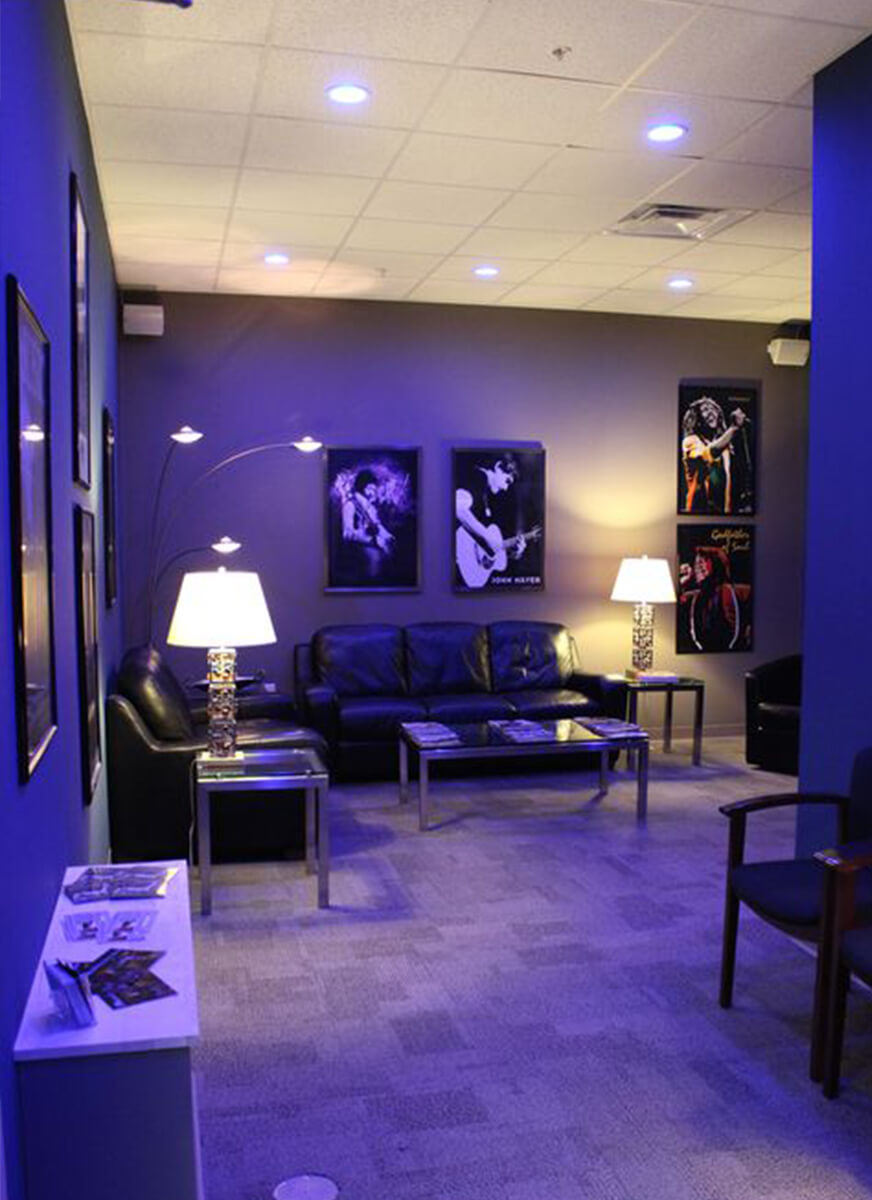 Located at 1673 RT9 in the Healthplex Fitness building in Clifton Park, NY, Modern Day Music (MDM) is a Music School that has created a whole new approach to getting people involved in playing music. Call us anytime for information, open 7 days a week by appointment for sessions! Our staff is very creative and immensely involved in their craft. We are able to custom design our lessons and teaching agenda specific to each student's goals and learning style. At MDM, or remotely from home, we want you to play the music you love.

You can have fun and learn... 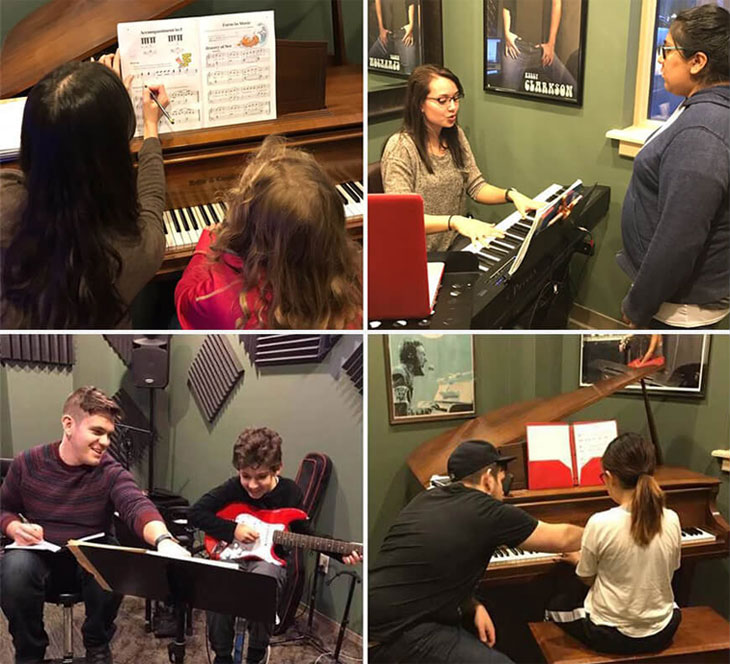 We Are The Right
Music School For You!

Since 2011 we have helped hundreds of students begin and continue on their musical journey. At Modern Day Music (MDM) we want you to play the music you love, offering private lessons in all popular instruments, as well as voice. Finding a reliable music teacher that will teach you what you want to learn, the way you learn best, can be difficult. That's why we go above and beyond to find the BEST music teachers in the Capital Region!

01. The greatest teachers around!

We painstakingly handpick our teachers so our students can have the right personality and the right teaching style that works for them. Our teachers have many years of performance and training in music. Some have toured the country doing theater or playing shows. Some are in original bands hitting the studio, doing session work and playing out regularly. All of them are passionate about educating aspiring musicians and most importantly, have a fun, motivating personality that you're sure to love! No matter what your musical goals are, we want to help you reach them! Our goal is to inspire our students - and that's the best teaching method of all!

We offer Piano and Keyboard, Voice for Rock, Pop, Theater, Choir and more… Acoustic & Electric Guitar, Drum Set, Bass & Ukulele! We offer most popular instruments in a new, high quality, convenient environment or we can teach you online by live video in the comfort of your own home. You can even switch back and forth between the two! We welcome all students from beginners to advanced - no matter what your age!

03. No set curriculum. Everything we teach is tailored to YOU!

At Modern Day Music we never force you to learn something that you don't want to learn. We teach you using songs and the style of music you want to play. We create a comfortable and fun environment for our students by focusing on what is important to you. Want to learn how to read music? We’ve got you. Just want to learn to play songs you like? No problem! We will assess the best way you learn, as everyone is different, and tailor your education to you specifically.

04. First Lesson is Free at MDM or LIVE Online!

We are so confident that you will absolutely love your experience with MDM, whether at our location or in a LIVE ONLINE video session, we offer a complimentary first lesson for all new students. No paperwork, no commitment, just name, email, phone number, and instrument of choice and we will set you up with a lesson to try us out, FOR FREE!

05. We have awesome Band and Acapella Group Programs!

Our band program, Rock School 101, is the perfect supplement to taking private lessons. What can be more fun than jamming with friends and working towards a live performance at a real club! Acapella Group is similar but with ONLY voices! Every 3 months we hold auditions and form new groups of kids with similar ages, styles and abilities. Some groups become so tight with each other, they ask to stay the same for each new session! This is what it’s all about… showing off your hard work in front of a great crowd! (Truth be told, our shows have bigger crowds than many of the professional bands that gig on Friday and Saturday nights!)

6. A comfortable lobby for parents.

With over 2400 sq. ft. we have a very comfortable lobby to relax and wait for your child to finish their lesson. Instead of waiting in a music retail store showroom, standing in a hallway, or waiting in your car, our clients enjoy a spacious, professional parent's lobby with comfortable couches, magazines and free WiFi. We also provide observation windows on every door so that you can watch your child's lesson while you wait. You can also sit in on their lesson anytime you like.

08. Free, all inclusive music showcases. (not your traditional music recital)

Every parent wants to know how their child is doing and if they are really progressing. The best way for a parent to understand if their investment in lessons is really worth it is to have their child participate in a student showcase. Three times per year, many of our students choose to perform in our student showcases. We hold these locally so you don't have to travel far for a top-notch live performance experience. This has always been an awesome experience for all! Unlike other schools, parents never have to pay admission or any related fees for these shows.

We strive to bring you the best customer service possible, 7 days a week. We continually monitor the phones and email to ensure that we are able to assist you when you call or email us! We even have a dedicated TEXTING line for your convenience! We typically respond to emails, texts and voicemails within a few hours. Most music lesson providers do not provide this type of personal attention. Excellent customer service sets us apart!

Having been in the music business for over 25 years we have cultivated relationships with music equipment vendors. We will guide you in purchasing any type of musical equipment you desire and help you make the right choices. Using these connections we ensure that as a recurring student of MDM, you will get the very best pricing on anything you wish to purchase. We have not had a price beat on a new gear purchase yet!

Our school is centrally located at 1673 RT9 in Clifton Park next to Lowes, directly across from Hoffman Carwash and Spare Time Bowling (Red Robin/Home Depot Intersection). We are in the Healthplex Fitness building along with North Park Tae Kwon Do, Ortho NY and more… with plenty of dedicated parking.

12. Month to Month lessons - No Contracts to sign - No Registration fees!

We want you to continue to train with us because you feel it is best, not because we locked you into a contract. Unlike other programs, we do not charge a yearly registration fee or require semester minimums for lessons. You can begin anytime! To stop lessons, we just need 48 hours notice before the 1st of the month. When you enroll you get a time slot that is guaranteed for you for as long as you remain a student. If at anytime your time slot no longer works, no problem, we will find you a new one!

Have to miss your lesson? Going out of town? Not a problem! We will provide you with a recorded video makeup lesson delivered right to your inbox at your normal lesson time! With advanced notice we will also try to find another time that week that works for you to make it up! Unlike some schools who only offer group makeups or frown on missing your time slot, we understand that some flexibility is needed with today’s hectic and crazy schedules. You will never lose or miss a lesson at MDM!

14. Professional Recording Studio in our school

Modern Day Studios is a full blown professional Pro Tools HDX recording facility with high end outboard gear, microphones and acoustically treated rooms. If your musical journey ever includes the need or desire to record your musical talents, we offer special discounted pricing to you as an MDM student. At times you may even witness real recording sessions taking place through the giant glass windows while you are in for your lesson.

We are located in the Healthplex Fitness building and have worked out a great deal for our recurring students. All of our students and their immediate families are entitled to discounted gym membership pricing! Many parents get their workout in while their child is in their lesson or for our adult students it is super convenient to go workout right after their lesson!

Some of our Reviews...

Our Team Of Professional Musicians 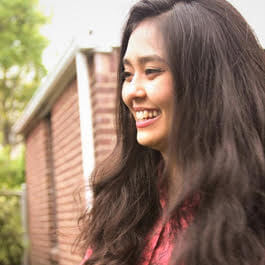 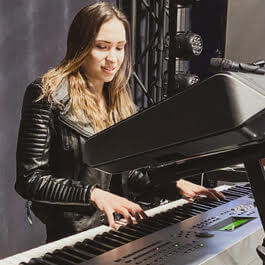 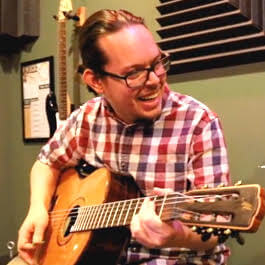 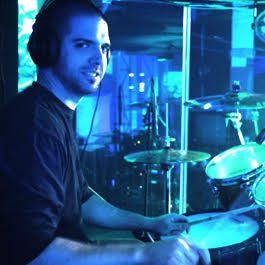 Nicole Minielli is a vocalist and coach from the Hudson Valley Region of NY who holds a bachelor’s degree in Voice Performance from the Eastman School of Music. She began performing at the age of 8 both as a soloist and as a member of the Hudson Valley Youth Chorale. The following year, she began playing the flute and piano. In high school, Nicole was active in all her instruments, but became more focused on her singing, especially in classical and musical theater styles. She performed a variety of musical theater roles including "Johanna" from Sweeney Todd: The Demon Barber of Fleet Street by Stephen Sondheim. While at Eastman, Nicole participated in four vocal ensembles and sang the roles of “Elisabeth” from Les Enfants Terribles, a dance opera by Philip Glass and Monica from The Medium by Gian Carlo Menotti with Eastman Opera Theater. Nicole’s coaching style encourages students to develop confidence in their unique sound through healthy technique and find deeper emotional and lyrical connections to songs that they love. Nicole’s students have performed a variety of genres including Pop, R&B, Musical Theater, and Opera.

Deb Hedley is a classically trained pianist who has been studying piano for over 15 years. She grew her passion for music within Shenendehowa’s music program as a part of their choir, wind ensemble, and jazz band during her high school years. This provided Deb with a well rounded musical background and progressed her overall interest in music. After high school, Deb went on to teach private piano lessons while studying music at Florida SouthWestern State College. When she moved back to New York she began to play keys on the worship team at Northway Church. Although she is classically trained on the piano, she enjoys teaching a variety of styles and genres with the goal of helping her students reach their highest potential while gaining a deeper passion for the piano.

Tony Garza has been playing and writing music for most of his life starting at age 8 with the trumpet. At age 13 he got the rock and roll bug, picked up the guitar and has never looked back. Tony attended SUNY Fredonia to study Music Education where he mastered Music Theory, Aural Skills. and many different instruments. Throughout his journey he has studied various styles of music including Rock, Blues, and Jazz. Tony has performed throughout the Northeast from Rhode Island to Vermont and also produced his Hip Hop influenced group T-KA 6. Coming from a very diverse background he has a unique perspective on music and applies that in his teaching. His youthful approach makes lessons both fun and educational. Tony enjoys working with the wonderful staff at MDM and aims to help his students achieve their goals with a smile from ear to ear.

Mike Malatino is a drummer, producer and audio engineer hailing from Saratoga Springs, New York. He holds a Bachelors degree in Music from Albany State University with a concentration in Electronic Music and Media. Mike is also a certified audio engineer from The Audio Recording Technology Institute in Orlando, Florida. His playing styles include Progressive Rock, Heavy Metal, Rock & Roll and Pop. He has been fortunate enough to study under some of the greatest drum educators such as Dom Famularo, Larry Levine, Aldo Mazza, Jeff Queen, Daniel Glass, Sergio Bellotti, and Rich Laplante. Mike's main focus for his students is a combination of knowledge, skill and fun!